LANCE BELIEVED HE COULD CONQUER ANY QUEST

After all, he is the strongest man in the kingdom, fearless and bold, the epitome of what it means to be a white knight. Not that he has to do it alone, not hardly, as joining him is an intrepid band of adventurers that includes his girlfriend, the dark elf Nerissa, his best friend, the white mage Alizon, the powerful wizard Strefonio, and the loveable rogue, Sanders, who insists he is not a thief. His mighty sword, along with his companions’ archery, sorcery, and magic, served to protect the land of Evermore and serve their lord, the benevolent King Rudolph. After defeating a mighty red dragon that threatened the land, they return home to a gallant celebration. Upon hearing whispers that he is indeed the prophesized, ‘Chosen One,’ the young man grows to believe that he and his party are capable of handling any threat.

UNTIL HIS WORLD STARTS TO CRUMBLE

The homecoming festivities are cut short when a messenger informs the king that the evil sorcerer Al Kahim wishes to destroy the world by making it crumble. His motivation is unknown, though, which does not dissuade Lance from eagerly volunteering to discover the reasons for his nefarious plot and ultimately putting an end to it. He learns that he needs to acquire Artus’s Sword, named after the warrior legends, which is buried underneath the throne and is encased in an obsidian stone. It can only be opened with three gems in possession of the descendants of the so-called keepers that reside in various towns and cities across the globe.

Yet, the keeper’s tasks are unlike any they’ve encountered before. The end of a blade, the tip of an arrow, and a well-placed fireball are inadequate to meet the challenges they face. With each subsequent failure, the very fabric of reality begins to crumble, but even more unsettling, his companions start to act in a manner unbecoming of heroes. Yet, he must persevere, learn the reasons behind all that is happening, and find a way to overcome it all lest the consequences for doing any less will be catastrophic. In this coming of age fantasy adventure, a young knight must ask himself: What happens when being the chosen one isn’t enough? And what happens when the world isn’t what it appears to be? 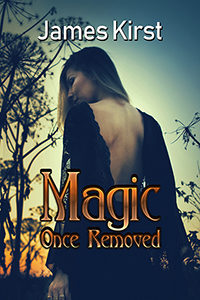