Hello everyone! Back on schedule this week. Hat tip to my father for giving me the prompt for this story. As part of Short Story Saturday, I have posted another short story, this one entitled The Journey. Please enjoy.

Dark clouds covered the sky. A faint bit of moonlight managed to penetrate the thicket of tree branches dangling overhead. I clutched my coat against my chest. Not in response to the cold, though the wind had picked up and the temperature certainly had dropped significantly as the night approached the witching hour. No, it was due to the fear induced by my hostile surroundings.

Wolves inhabited these coppices. Their howls were barely audible at first but had grown noticeably louder and angrier. They were savage. Merciless. Cruel. They would not have hesitated to eat me alive. Those woods had claimed many a traveler. Only the bravest or foolhardy dared to make this trek.

My pace quickened as the wolves gradually began to close in. It was foolish for me to be out there but there was no alternative. It was the only time when I could meet her. I needed to see her again.

The wind picked up suddenly. I reached up to insure the bonnet placed atop my head remained in place.

Without warning, the wolves made their move. They were rapidly approaching. I began to run until I was sprinting, clutching the bill of the hat with one hand while trying to ward off my assailants with the other. My coat flew off as I frantically flailed my arms and legs in a desperate attempt to flee.

They nipped at my heels. An exasperated scream escaped my lips as a pair of teeth clenched down on one of my legs. My pace briefly halted, a struggle ensued. The frantic blows I applied the creature freed me from his fangs but not before I was severely wounded.

Putting any sort of weight on my lacerated ankle caused agony so great that for a moment I considered it impossible for me to crawl, nevertheless walk or run. Fear makes an excellent anesthetic. As soon as I saw the rest of the pack catch up to their more fleet of foot companion, I did not hesitate and continued running and ignored the excruciating pain.

Their howls grew ever more frenzied. A viscous white liquid dripped from their fangs as they drew ever nearer. Their hot breath warmed my backside and my legs. They were so close. Even healthy I stood little chance of outrunning them but I was done to only one good ankle. It seemed inevitable that these woods would be my final resting place.

My worst fears were unfounded.

I suddenly grew cognizant of the fact that I was not experiencing any pain and in fact, felt no sensation at all other than the gentle breeze and the cold damp ground. Perplexed, I gradually opened my eyes to find, to my bewilderment, the wolves were gone. With more than a little trepidation, I looked over my shoulder to see whether they had somehow gotten behind me, more out of curiosity than courage, but they weren’t there either. It was almost as if they had disappeared.

The wolves were gone. My wounds were healed. My pants were intact. There was no explanation.

I rose to my feet in a daze overwhelmed by feelings of confusion and relief. Once my head cleared, I continued my journey. I had not even walked two steps before I found myself back on the ground having landed abruptly upon my rear end. A figure had appeared as if by magic.

Any ire I might have possessed immediately vanished once my eyes laid upon her face. She was looking down toward me like a flaxen-haired angel that shimmered in the moonlight. She was wearing her familiar Sunday dress oblivious to the cold. Her trademark red bow accentuated her pony-tail. I felt at ease looking upon her soft blue eyes and warm smile.

She laughed nervously and after apologizing for startling me, attempted to help me back to my feet. Pride prevented me from accepting the offer. I insisted I was not scared as I picked myself off the ground.

I took off my hat and handed it to her. “I found it while cleaning my house. I should have returned it to you years ago.”

“My favorite bluebonnet,” she said, placing it upon her head and tying the ribbon around her chin. “Thank you very much! You didn’t have to go all this way to give it to me, though.”

“I didn’t. I needed to see you. Besides, I can’t picture you without it.”

“Thank you so much.” She bade me to follow her. I eagerly complied. We strolled up a winding, uphill path. The dangers that once surrounded me had by this time evaporated into the ether. As we walked, I felt a kind of peace I had not felt for years. The two of us conversed on a multitude of topics. There was no theme for our little chat. We mostly discussed what I had been doing in the last couple of years and how much I missed her. Our exchange didn’t have a purpose or underlying goal. It didn’t need one.

There was so much I wanted to tell her, so much to discuss, but there wasn’t enough time. Inevitably and lamentably, we arrived where she currently resided. It was where our conversation had to come to a close and, like all good things, that is where our discussion had to end.

“This is where we have to part,” the woman said with a fleeting smile. “It was good seeing you again.”

“Of course. You don’t belong here.”

“Why not? I think it would be easier for me if I stayed here with you.”

“Don’t say that! Don’t even think that!”

Tears began to form. “I just think it would be easier if I joined you.”

“Easier than, well, easier than facing life! You left me and now I’m all alone! I can’t handle the stress, the worry, the danger, the hunger, the pain, the suffering, all by myself! I can’t do it.” I began to sob. “I just can’t do it.” I fell to my hands and knees.

A soft hand lifted my head. “Of course you can,” the woman said as she helped me back to my feet, “I won’t lie to you. Life can be cruel, vicious, and merciless, especially to someone as young as you. I wish I could say it will be easy but it won’t be. It will be difficult and arduous. You will need to be strong, brave, and wise just to survive. But.” She paused for a moment and moved in for an embrace. “I know you can do it.”

She placed a hand on my cheek. “Because I raised you.” Shortly thereafter, she was gone.

I reached down and picked up the bonnet that was resting on the plot. Taking the ribbons she used to tie the headgear underneath her chin, I wrapped the bonnet as well as I could around my mother’s tombstone.

“It’s been four years. I’m a man now, not the boy I was. When will the pain go away?” Though I heard no response, I knew the answer.

How long I stood there I could not say. Time had no meaning to me at that moment. It could have been minutes, days, months, or years, it was all the same to me. I almost could not bear to leave her grave.

Yet, a resounding thought echoed in my head. It provided me the resolve I needed to depart. With a final adieu, I promised my mother I would always remember her. After reciting a short prayer, I turned around and made my way home.

It was the early morning when I left, exactly what time or what day or what year, I could not say. The skies were clear. The wind had ceased. The sun’s rays somehow managed to force their way through the trees and made the forest floor shine.

The wolves did return and their cries could once again be heard but this time they were muted and distant, more akin to whimpers than howls. Perhaps they still posed some sort a threat, but I was ready for them now. I knew I could defeat them. I knew I could be strong. I knew I could face life head-on regardless of its challenges. After all, I am my mother’s son. 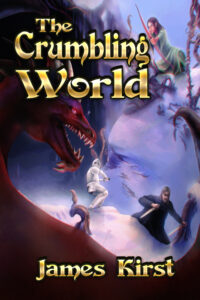